Eighteen ridiculous business ideas that ended up being great successes.

Companies like Google, Facebook or Amazon started out as projects that virtually no one was willing to bet on.

when it comes to undertaking, it has always been stressed that one of the most important things is to have a good idea that helps turn our business into a success. However, many of the big companies we all know have been the result of ideas that would have seemed ridiculous if you had listened to them before seeing them in action.

The success of companies such as Google, Facebook or Amazon and products such as Apple iOS operating system or Firefox browser are now indisputable, but as Manuel M. Almeida says in his log”Green Sleeves” , at the time they were created they did not appear to be revolutionary ideas.

Thus, Dropbox creators decided to invent a solution to synchronize and exchange files even though there were already a dozen files on the market that no one used. The tool would only do one thing right, and the user would have to move all of its content to be able to use it. And that was precisely the secret of his success.

Another idea that seemed doomed to failure was the iOS operating system, unable to run any of the millions of applications developed for Mac OS, Windows or Linux. Only Apple will be able to create applications for it. Millions of iPhone and iPads units sold vouch for their success.

In the case of Google, the revolution consisted of building the 20th search engine of the world at a time when most of the others had been abandoned by ruinous, stripping it of all the news with advertising and the features of a portal so that the user would not be distracted from what really mattered.

These nice definitions, along with 15 other examples of business successes including Benchmark services such as Twitter, PayPal, Instagram or LinkedIn, are part of the answer to a Quora question that tries to show that sometimes you have to know how to see beyond the rest to launch the right products at the right time. Even if everything seems to indicate that they are against logic 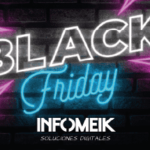