Twitter has filed with the Securities and exchange Commission U.S. (SEC, for its acronym in English) documentation for a Public Offer of Sale (OPV), according to an announcement Thursday by the company itself technological american in a “tweet”, which in this way has taken a step towards their future ipo.

” we have confidentially sent an S-1 to the SEC for an upcoming OPV”, explained the company, which then clarified that its brief message” does not constitute an offer”, but is merely informative. Twitter, which is calculated with a value of 10,000 million dollars, has chosen the delivery of confidential documents, which is expected to cut across fewer data than if they had been presented by the ordinary road, according to “The Wall Street Journal”.

companies are entitled to confidentiality provided they meet certain criteria, including that their annual profits do not exceed $ 1 billion. Consulting firm eMarketer expects Twitter to make $ 583 million in profits this year, reports Reuters. 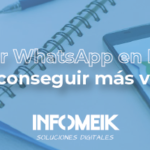