Lessons for the internet to save your company

The entrepreneur Rodolfo Carpintier publishes a book that gathers the keys so that new technologies favor the development of SMEs and adapt to the New Times.

It takes on the internet even before the appearance of the internet itself. Knowledge is not lacking, intuition and desire to continue working.Rodolfo Carpintier is one of the leading specialists in the use of the internet as a support for business decision-making. Your wisdom has been printed in a book entitled “the Internet can help your company or being pulled under” where you can find the answer to all the questions that we often make in the talks offered around the world.

“Traditional entrepreneurs ask me what to do with their industrial company with intennet. It is the answer to two million smes in Spain that still have not made the technology transition and business model,” explained to this newspaper the president of DAD (Digital Assets Deployment), the first incubator of Spain internet business and technology 2.0 with a presence in Europe, EE.USA, China and Latin america.

Many entrepreneurs are right to understand the advantages of the internet. This is why they are launched into the ring of the three double uves to create their own website. But only it not live. “The other day I was on a radio show and was joined by a 28-year-old entrepreneur, electrician, who has created an internet-based air conditioning system maintenance network. In a context in which all companies in the sector have suffered losses he is making money and employing workers»

The key to this young entrepreneur has been found on the internet. “His business is expanding. He has learned to handle himself well on the internet, has Daily projects and gets new clients,” he says. The publication also talks about sinking the company, but due to the lack of trust or distrust of the internet. And it sets an example to the competitors of that example of current entrepreneur who “not having been able to use the internet” are losing sales by becoming obsolete, technologically speaking. “The way others who know how to operate the network take advantage and improve in efficiency and quality.”

The new government plan to support the entrepreneur is well received by this expert, although he considers that “the sector calls for maxims and the government gives minims, but it is a tug of war in every sector”. This young man under the age of thirty, as Carpintier puts it again, who”wants to do new things are the sap of a country that wants to renew itself”. For this reason he asks the administrations to give “all the support of the world”, but he also considers that “no matter how well it may go for some of us in the short term they will not take us out of the millions of unemployed”.

is Spain a good country to undertake?

“It’s a Middle country, it’s far from countries like the US, Germany, or England. Spain is about half. We used to have a better position because there was a breeding ground that we lost,” he says.

“In 94-95, there was a boom of people who went online and lived up to the rest of Europe. Spain suffered a lot with the internet cataclysm in 2000 and, from then until 2007, investments in the internet have been stopped, now it is catching speed”, he replies.

will a Silicon Valley be possible in Spain?

“There will be insurance, but it takes many years. Silicon Valley itself has taken many years to consolidate. It’s a cluster of many things. Companies that buy small businesses, support companies, universities that train in technology…. that ecosystem favors. It’s very mantillas,” he laments.

what qualities should a good manager have?

“As a company that is losing turnover, people begin to use their imagination, the company is technified to have state-of-the-art computer systems that are getting cheaper when before it seemed like it had no way out. Diversity, having people of many nationalities; globality, stop thinking that the market is only Spain but the world; a support computer that allows you to be effective and go online with people who know how to move on social networks; and an overview,” he recommends. 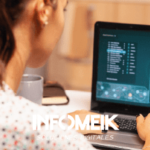